Okay, folks, it’s time to go controversial… again. Personal blog, you’re here because you want to know my opinions, blah blah blah. And this is a long one, because I have a lot of those opinion things. You have been warned!

Recently I watched the double fine documentary on youtube (by the phenomenal 2 player productions, creators of penny arcade: the series s01, among other great things!). I have a love-hate relationship with double fine, but this documentary was incredible. Everything you ever wanted to know about big indies, how they live on publisher funds and desperately try to break into self-sustainability. How kickstarter gave double fine a real chance to do this, while simultaneously taking that chance away.

I’ll be honest, my opinion of adventure games is that they died for a reason. The gameplay was always terrible, but in the early days of DOS and directX the visuals made up for it by being something no one had ever seen before. Adventure games never really had challenging puzzles because of one simple design problem: you can always try everything with everything else. And some games even encourage this, by having special dialogue for every item, which is the worst possible design decision I have ever seen. Why would you knowingly encourage the most tedious way to play your game?

This is not a puzzle. This is a chore.

So let’s get into the documentary. If you plan to watch it, maybe skip the rest of this post…

It was surprising to find out that no design work had been done on the game before the kickstarter was launched, but at the time kickstarter was so new that it was probably not worth the effort for a longshot dream. Tim Schafer locked himself in his room and figured out a story, talked with other successful indies with a narrative slant, and discussed ideas for how the game should be structured.

And here was the first nail in the proverbial coffin. He decided that the backers had given him money to make an adventure game, so he couldn’t really change the formula of adventure games without letting a lot of people down.

So there would be puzzles. “Pick up the item and use it on the other item” puzzles. They compromised the design because of what they thought other people expected of them. They threw away twenty years of progress because they had an obligation to deliver on expectations. This is not how you make a good game, or an independent company. 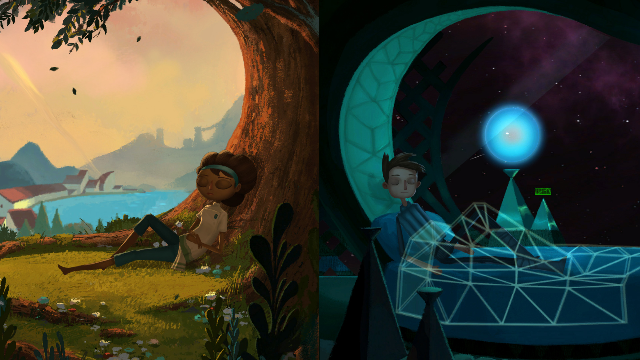 But the world was still great, the story was great, the themes were great, that could still carry this game, right? As a mostly-ludologist, I would probably have to say no, but I can see the appeal. It’s a strong atmosphere, a perfect blend of humor and surrealism, bizarre worlds and relatable characters. As they would constantly put it in the documentary, it was “charming”.

To be honest, I really worry that double fine has chosen to co-opt this word, because I feel like “charming” is inherently disappointing. You don’t call a great game charming, you call it amazing, phenomenal, perfect, one of a kind, stunning, novel, bizarre. Charming is a glimmer of hope in your eye, a redeeming quality in an otherwise boring story. For people with zero charisma, like me, it’s just a shitty word.

But here was this charming game, with a great story and characters in an interesting world. And production quality in every aspect of the design, probably too much to be honest.

The struggles started when they ran out of money. You know the time, that period when double fine was mailing newsletters to everyone who ever purchased a bundle, did public amnesia fortnights, bundled all their past games on the cheap. And eventually they decided to split Broken Age in two. The game was literally broken in half, so the first part could fund the rest.

But the documentary offered a better perspective on this. Broken age (part one) sold about $800,000 on their $4M+ budget, and they hoped to make up the rest on a long tail. Apparently the model predicted they would make enough over time to cover the costs of part two (about $3M), but not much more than that. And everyone got really sad, and talked about how there wasn’t any magic lottery ticket that would let them be set for life.

And this was the second nail in the coffin of sustainability. They spent so much money on this game that it cost double their budget, a budget that was 8x what they originally asked for. They were too comfortable, they didn’t have the fear that small indies have, that “this has to work” attitude. If they ran out of money, they shifted people off the project. Everyone made a salary, got to spend time with their families, didn’t have any fear of being fired for missing deadlines. Everything that made double fine a great place to work was making this game run of the mill.

And I realized something about double fine as a company right then and there. I didn’t want to work for them anymore. For all their heart, for all their love of games, for all the blood, sweat, and tears they put into their projects, they just didn’t know how to make them good. They could create amazing worlds, but only if you paid them hourly. They could code tech that makes small indies cry with its beauty, but only if it was financed by a publisher. They could write fantastic stories, but they never connected it in a way that was fun to play. 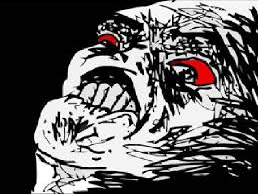 It was glossed over quickly, but I had to pause the video at that point and stop what I was working on. God, that was how double fine employees actually saw games. They might as well have said that it was a series of cutscenes at that point. They knew the game wasn’t fun to play, they didn’t care. They hoped the world was interesting enough to make up for it. Fuck.

This was the final nail. Right through my heart. Big indies just weren’t in it to make good games. It wasn’t even about the game anymore. It was about getting other people to notice how much work you put into something, so they could tell you it was pretty cool and move on. It was about being cool hipsters who weren’t mainstream, who didn’t need to take money from anyone but wouldn’t do the work without being paid.

After the lackluster sales of act one, the documentary finished up quickly with three episodes covering a year and a half. It was pretty clear that everyone had given up a bit on the project, but they were going to see it through anyway, and hope that the full release at least covered their costs. When the layoffs eventually happened after another publisher deal fell through I felt awful for them, honestly teared up a bit, but I knew it was coming. It was too much about the money, and not enough about the games. The whole documentary was like watching a train wreck in slow motion. It was something I loved every minute of, and hope I never experience again…

Kickstarter has changed a lot since double fine made it what it is today. These days you can’t just show up with a vague concept, you need to put some work behind it and actually make sure it’s fun to play. Not only does this help other people understand what the idea is, but it helps you to work on something that you actually want to make. It pays rent, not salary. You’re not saving money in a bank account, paying for an office space you don’t need, only working until the backer money runs out because your own savings is off-limits. At least, I hope not.

You know, I’ve ranted on for a while now, but I think the point I’m trying to make is actually very simple. I don’t want to make money, I want to make games. When you forget that, things start to fall apart.

So I’ll stop ranting about double fine and wish them all the best with their full release. I hope it makes them independent, but I just don’t think they have that indie spirit anymore…